After thirty years of living a single and free life, I met Mr. Kolawole Hassan, a typical traditional and Yoruba man who persisted in his pursuit of me and didn’t stop pleading with my friends and family to convince me to accept him. I thought he was loud and was irritated by everything he did, especially his “traditionalism.” Hence, my no was loud and every plead from family and friends to give him a chance turned deaf ears.

Five months after Mr. Kolawole’s ardent pursuit of me, I met Mr. Ifeanyi Ezechukwu. He was my basic definition of “cool, calm and collected.” I had a strong admiration for him the first day I met him. He had the nice swag every woman would love. So, two weeks after he asked me for a relationship, I said “Yes.” It was my first yes to any man and I couldn’t keep the excitement to finally be in a relationship with the man of my dreams.

My friends and family were happy for me and so I was. Mr. Kolawole wasn’t happy about it. He had been waiting for me all along, however, he moved on with a lady six months after and every day I watched her glow with happiness as he took care of her and loved her heartily. In one year, they got married. Mr. Ifeanyi, on the other hand wasn’t talking about marriage and each time I mentioned it, he complained that I was too desperate and not giving room for us to build friendship. I decided to be patient and understand his perspective. Perhaps, he was right; I was probably desperate because of my age.

Since it was my first relationship, I pampered it like an egg. I gave him everything he ever wanted and loved him with all my heart.

Hmm! My disappointment grew when the second, third and fourth year passed and Mr. Ifeanyi was still not talking about marriage. Many times, I was tempted to quit the relationship but I didn’t know how to get started again at age 34. My parents were beginning to wonder and I didn’t know what to do either until a friend of mine asked me to confront him with the big question and come face to face with the truth.

I thought it would be wearisome as we had gone back and forth on such matters in the past. However, I did it. I called for a meeting with Ifeanyi and as usual he honoured it. Then I asked the big question:

“Mr. Ifeanyi, we’ve been in this relationship for four years now. May I ask where it is heading to, please?”

“Nelly, don’t even start another roller coaster between us now”

“What do you mean roller coaster, Mr. Ifeanyi? I need an answer from you now. What am I to you – a girl friend material or a wife material?”

“Fine! It’s good you asked because I would never and can never imagine marrying a mature lady like you when there are young sharp and hot looking chicks out there. You bet you are the least on my list for marriage.”

Those words broke me. Four years of giving my all to this one man and this is what I get? As he walked away from me, I had tears in my eyes and two wishes – I wish I could strangle him for wasting my time and I wish I could turn back the clock to four years ago… Just maybe, I would have chosen right. Mr. Kolawole would have genuinely loved and taken care of me. He is faithful and an ardent lover of his wife to-date. How I wish! I cried all day and all night for months, hoping to start all over again.

That’s the story of Nelly Adamson. Don’t wish you chose right. In all your ways, acknowledge God and He would direct your path.

It is wrong to think or believe that every man that ask you for relationship will be ready to get married to you eventually. So it is very important to ask the right question at the right – without the right question, you will never get the right answer. Moreso preserve your your dignity as a woman by living a pure life free from immorality.

On next week’s edition, we shall be looking at “How long should a proper courtship last?” Feel free to share your comments as well. Till then, cheers!

More stories on the way…you can get notification when I publish a new story by Joining My Mailing List below. Want to know more about me click here.

MarriageRelationship Questions
Prev post What is the Essence of Courtship in Marriage?
Next post And My Front Tire Busted – Story of My Lagos Hustle 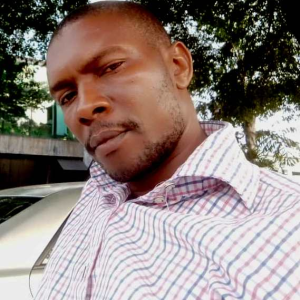 My name is Stanislaus Ifeanyichukwu Okwor. Ifeanyichukwu in my native language means: there is nothing difficult for God to do and Stanislaus (German, Latin) simply means someone who achieves glory or fame. Okwor is…